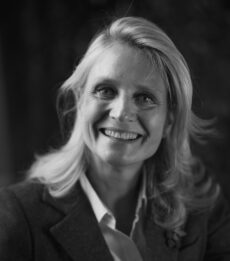 Daniela is a SCENAR Therapist and an Auricular Acupuncturist. She is a registered member of the British Complementary Medicine Association (BCMA), the Association of Energy Therapists and the Acupuncture Society. SCENAR is a biofeedback therapy for pain relief and acceleration of healing. Auricular Acupuncture treats the ear microsystem for a number of conditions enhancing the work carried out by SCENAR therapy.

The therapy was developed at Sochi University as part of the Soviet space program.

SCENAR is an advanced form of electromagnetic therapy and may be effective in treating acute and chronic pain. It has been shown to be effective in the treatment of painful conditions such as back and neck pain, sciatica, whiplash, arthritic pain, frozen shoulder and tendon problems. It features:

* Remarkable recovery of mobility and other functions

* A non-invasive gentle technique, and free from side effects

* Suitability for all ages

WHY IS SCENAR DIFFERENT FROM OTHER THERAPIES AND HOW DOES IT WORK?

SCENAR therapy functions on two physiological principles: that the body has its own healing capabilities and that it is continually employing processes of self-regulation to maintain health.

The SCENAR device delivers non-invasive, computer-modulated therapeutic electro-magnetic stimulation via a patient’s skin and involves high amplitude, short-duration waveforms with no discomfort to patients. Due to this device’s high amplitude, small unmyelinated ‘C’ fibres can be stimulated to a higher degree than with other forms of electrotherapy. When sufficiently stimulated ‘C’ fibres trigger neuro- and regulative-peptide release with resultant pain relief and healing. The SCENAR impulse is carried via afferent nerve fibres to regulatory centres in the brain which in turn responds via efferent nerve fibres. SCENAR interprets this response and, via computer modulation, results in its next impulse being modified accordingly which further provides information back to the brain to either amplify or dampen the pathological signals initiating pain, ultimately leading to homeostasis.

SCENAR therapy protocols include rating of pain, measurement of range of movement and testing of movement related to functional impairment.

WHAT DOES IT FEEL LIKE TO RECIEVE DANIELA’S SCENAR TREATMENT? IS IT SAFE?

SCENAR Therapy is safe and painless. A hand-held device is applied by Daniela to the area of pain or injury or to symmetrical areas of the body. You will feel a small comfortable impulse emitted by the device, which Daniela will adjust to your sensitivity.

The therapy is suitable for all ages (adults and children alike). In more than 30 years since it was first invented, there have been no reports of negative side effects, and the only major counter-indication for SCENAR treatments is an electrical cardiac pace maker. The SCENAR device is licensed by the British Standards Institute and carries a CE mark for pain relief. The therapy may be used in conjunction with conventional medicine and other therapies.

Auricular acupuncture has its roots in traditional Chinese Medicine and was further developed by the French doctor Paul Nogier in the 1960s, today it has further developed and established itself as an effective therapy to treat the complete body. Auricular acupuncture is used widely in many countries around the world for pain control, addictions of all kinds, internal disorders, emotional issues and a host of other conditions. The treatment of the ear microsystem strongly enhances the work carried out by Scenar therapy.

40 minutes session £85 (this are available only for children)