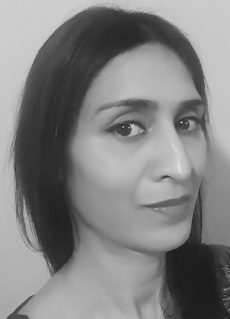 With over 15 years of clinical experience, Manjit has treated people from many different backgrounds, from patients in Harley street to the children of The Soul Garden Orphan Outreach Centre and The Women and Health Centre.

In addition to working alongside doctors, dentists and established therapists, Manjit also featured as a consultant and panellist on television show “Health Matters”.

Her work spans a variety of clinical conditions including;

In 1996 Manjit qualified as an osteopath at the BCNO. A year later, she found herself recovering from a traumatic car accident. The accident had a huge impact on her, and on her career development. Manjit began researching how to heal herself and enrolled directly in a postgraduate course in cranio-sacral therapy at The Karuna Centre in Devon.

In 1999 Manjit worked in India with Gabriella Co Angela, an established teacher from The Osteopathic Centre for Children. Later that year, she worked alongside doctors and naturopaths at the renowned Arogir Mandir Clinic. Here she developed an extensive knowledge of Yoga Pranamaya and Vipassana Meditation. It was through her meditation that she began to experience a connection between the emotional, physical and energetic bodies.

Further to her osteopathic training, she studied a number of complimentary approaches to healing, with a focus on breath work techniques to help clear emotional blockages and align chakras. Manjit became a breath work practitioner and trained under internationally renowned teacher, Peggy Dylan. Manjit’s desire to explore energy work further, led her to study on a “spiritual leadership” programme, which encouraged the use of shamanic traditions to release deep emotional blockages and trauma held on a cellular level.

Manjit’s work today, calls upon her wealth of experience in the art of healing.  She incorporates her osteopathic and cranio-sacral skills with her extensive holistic knowledge.